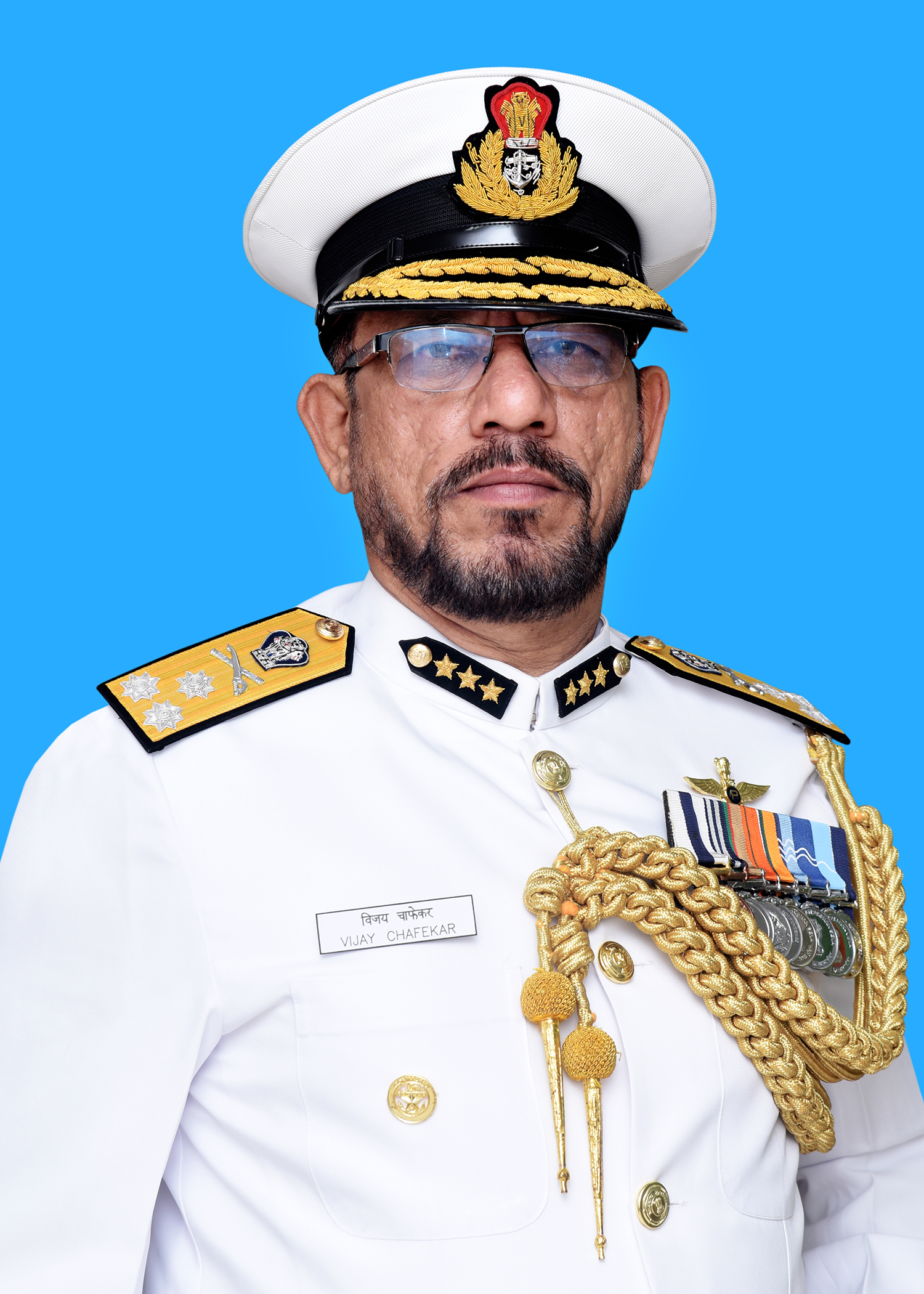 An experienced seafarer and an aviator by profession, the Flag Officer joined the Indian Coast Guard in 1984 and has served onboard different class of ICG ships, which include command of Fast Patrol Vessels (FPV) and Offshore Patrol Vessel (OPV). The officer has the distinction of being appointed commissioning Commanding Officer of ICGS Samrat, an Advanced Offshore Patrol Vessel.

In his service spanning 36 years, officer has held important afloat and aviation appointments. A trained pilot, he has considerable flying experience operating ICG Dornier’s on the Eastern as well as Western seaboard. He has commanded the Dornier squadron at Kolkata and was also at the helm of the premier aviation bases of Coast Guard at Chennai and Daman.

The responsibilities towards ICG charter in the Maritime States of Tamil Nadu and Kerala were handled by the officer as District Commander at Chennai and Kochi. The Flag Officer was at the helm of Bureau of Naviks for 03 years, wherein he steered HR management policies alongwith training and promotion aspects of Coast Guard sailors.

In the capacity of Principal Director (Policy & Plans) and subsequently as Deputy Director General (Policy & Plans) at Coast Guard Headquarters, the officer was closely associated with formulation of long term Coast Guard Development/Perspective plans and overall organisational growth towards effective discharge of statutory functions. The Flag Officer was at the helm of Coast Guard Region (West) as Ops Commander during 2018-19 and later, on promotion to Addl DG, was appointed as the Coast Guard Commander (Western Seaboard) w.e.f. 01 Nov 2019.

Additional DG, VD Chafekar is a distinguished graduate of Naval Staff College, New Port, USA and has also done Naval Higher Command Course in the year 2008. He holds M.Sc. & M.Phil Degree in Defence and Strategic Studies and PG Diploma in Maritime Law. He is presently associated with Doctorate studies in Maritime History from Mumbai University.

In recognition of his meritorious service, the Flag Officer was awarded Tatrakshak Medal on Republic Day 2012 and President Tatrakshak Medal for distinguished service on Independence Day in 2014.

The Flag Officer is happily married to Mrs Chitra Chafekar and they have two children, both working in the corporate sector.