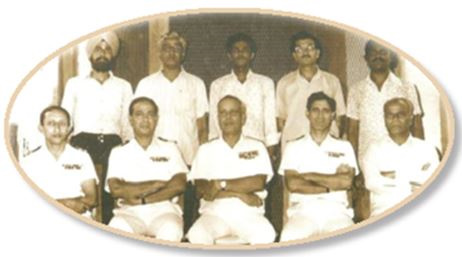 Safety and Protection in Indian Waters

Ever since the 1960's, the Indian Navy had been requesting the Government of India for setting up an auxiliary service for Maritime Law Enforcement and undertaking "Safety and Protection" tasks in Indian waters. Deployment of sophisticated and high-value naval warships and assets was clearly not an optimal alternative for these tasks. In due course, this logic of the Navy was accepted by the Government, especially due to the fact that by the early 1970's, three other important factors contributed to the rationale for the early institution of a 'Coast Guard service.

Sea-borne smuggling across the seas was rampant and threatened the nation's economy. The existing maritime agencies such as the Customs and the Fisheries Department did not have the capability to contain this large-scale smuggling activity, and intercept illegal vessels even within territorial waters. Against this backdrop, the Nag Committee was set up in 1970, to examine the growing menace of smuggling The Committee recommended the need for a separate marine force to deal with smuggling activities.

In 1972, the United Nations Convention on the Laws of the Sea (UNCLOS) awarded Exclusive Economic Zones (EEZ) to all coastal states Thereafter the Union of India, enacted the Maritime Zones of India Act 1976. to claim sovereign rights over the vast sea area of the Exclusive Economic Zone. In one stroke, India acquired 2.01 million sq kms of ocean for extensive exploitation of all living and non-living resources, and this vast area clearly needed to be policed. 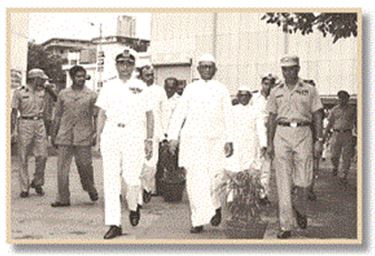 Setting up of Coast Guard

The discovery of oil in Mumbai (then Bombay) High, and the consequent development of high-value offshore installations, also necessitated measures for protection and disaster response in this extremely vital area of India's industrial and economic interests. The Government, therefore, appointed a Committee in Sep 1974, under the chairmanship of Shri KF Rustamji, IPS (EX DG BSF) to examine the shortcomings in the existing mechanism for combating smuggling and other illegal maritime activities, and suggest measures to protect India's marine resources. This Committee submitted its report in 1975, strongly recommending the setting up of a "Coast Guard' type organisation for general superintendence and policing of our sea areas. 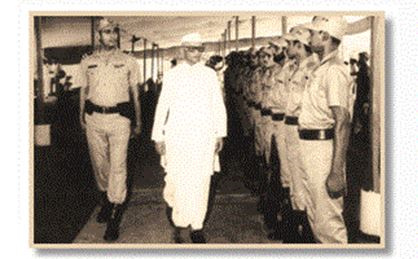 The discovery of oil in Mumbai (then Bombay) High, and the consequent development of high-value offshore installations, also necessitated measures for protection and disaster response in this extremely vital area of India's industrial and economic interests. In 1977. Union Cabinet approved the setting up of a Coast Guard' with two frigates and five patrol boats transfered from the Indian Navy. The Indian Coast Guard thus came into being on 01st Feb 1977. with a fleet strength of just seven ships for surveillance in the Indian waters and the Exclusive Economic Zone, The Indian Coast Guard was formally inaugrated by the then Prime Minister Shri Morarji Desai on 19th Aug 1978. 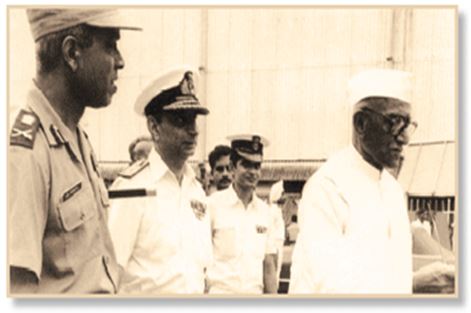 Inauguration of The Indian Coast Guard on 19th Aug 1978 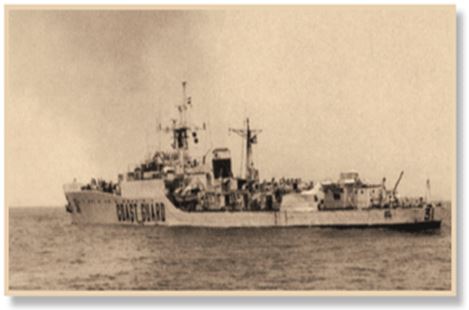 The first Indian Coast Guard Ship ICGS Kuthar (Pennant No. 31) was transferred from the Indian Navy to the Indian Coast Guard in 1978. The first Commanding officer of the ship was Commander NS Achreja, who later retired as IG NS Achreja, PTM, TM, the Deputy Director General in Aug 1997. The Prime Minister and the Defence Minister witnessed the lowering of the Naval ensign from INS Kuthar, and hoisting of the Coast Guard ensign. By this ceremony the ship was rechristened as ICGS Kuthar. 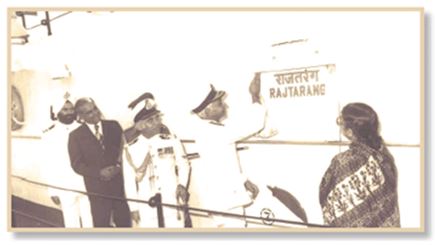 In order to strengthen the force-levels of the Coast Guard, it was decided in 1978 to transfer two Naval Seaward Defence Boats (SDB) nearing completion of construction at M/s Garden Reach Shipbuilders and Engineers (GRSE). Calcutta (now Kolkata), to the Coast Guard. These were commissioned into Service in December 1980 and November 1981. 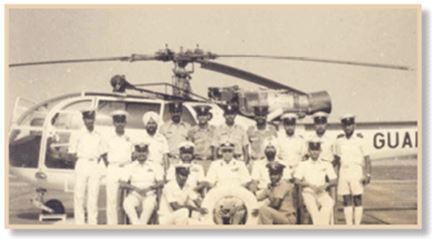 The Indian Coast Guard inducted Chetak helicopters in 1982. as the standard Search and Rescue helicopter due to its vastly proven safety record. The helicopter is being manufactured in India by HAL since 1965, under licence from Aerospatiale, France.

The first Air Squadron of the Coast Guard, 800 SON (CG) was commisioned on 22nd May 1982, at Dabolim air field, Goby Shri KP Singh Deo, the Deputy Minister of Defence, under the command of Lt Cdr PB Choudhuri SC, NM with two officers and twelve men as its total strength. 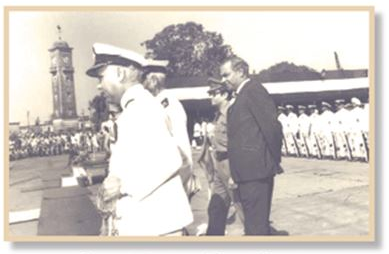 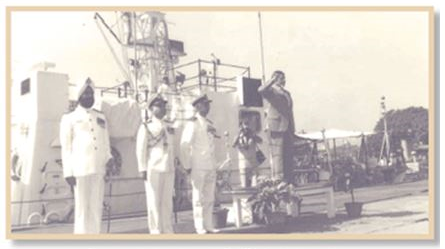 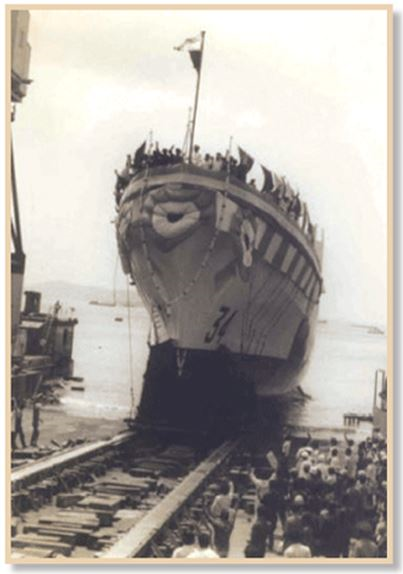 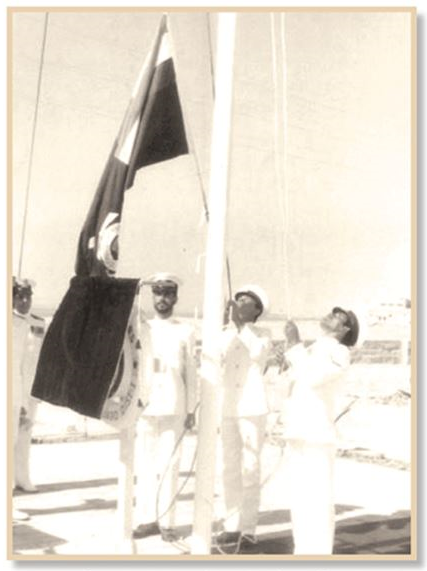